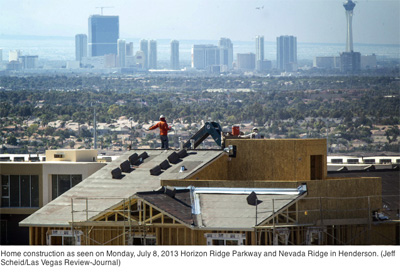 The Olympia Cos., in partnership with two New York investment groups, are looking to build out a significant 1,700-acre master plan. The site was previously earmarked for development by the Focus Property Group before foreclosure stopped the project in 2007.

Olympia President and CEO Garry Goett said interest in new homes and lots will boost the new community. According to Home Builders Research, builders pulled over 500 permits in July 2013, more than double the monthly number in late 2011.

Goett further stated that strong demand for new homes will likely increase in the coming years. “We think there is a real need for an additional master-planned community in Las Vegas. We have a shortage of land, and this will help alleviate that shortage.”